Versium is focused on attracting high caliber talent to its organization as the company continues to gain industry momentum. Owens and Béjar both bring to Versium extensive industry board experience. Earlier this year, the company added sales and marketing veteran Dan Concannon as its chief revenue officer.

Versium was recently named one of 2017’s 100 Best Companies to Work For in Washington by Seattle Business Magazine – for the second time in three years – and recognized by the Puget Sound Business Journal as the 8th fastest growing private company in Seattle’s Eastside.

“We are extremely proud to announce the addition of Admiral Bill Owens and Martha Béjar to our Board,” said Chris Matty, co-founder and Chief Executive Officer of Versium. “Versium is going through a period of significant sales growth, and now is the right time to expand our board as we continue on this trajectory. Bill and Martha bring to our board more than 50 years of combined experience in leading some of the world’s most recognized companies, which brings extensive industry connections that will be an invaluable asset to our team.”

“In just over five years, Versium has grown from a spark of an idea into a thriving young company,” said Owens. It is a testament to the team Chris and Kevin have built, the strength of which will help the company as it focuses on reaching its business goals. The Company’s strategy of bringing automation to the predictive analytics marketplace delivers great value as sales and marketing organizations seek to become more data driven in this evolving data era. I’m excited to collaborate with the team as we move together toward the next milestones.”

Béjar agrees, “Versium is a leader in the emerging predictive analytics market. Not only has the company secured substantial partnerships with leading blue chip companies, it’s also maintained revenue growth of more than 100 percent annually. It will be exciting to help Versium build upon its momentum as an industry leader as additional professional services firms, marketing agencies and enterprise customers leverage their technologies.”

A retired Admiral of the United States Navy and former Vice Chairman of the Joint Chiefs of Staff, Owens’ civilian career spans nearly 20 years in telecommunications, technology and finance. He has held executive and board member positions at various companies, including CEO roles Nortel Networks Corporation and Teledesic. Under his leadership, Nortel was reestablished as a strong, stable, ethical Fortune 500 company. Owens serves as a member of the Board of Directors of Polycom Inc., Daimler Chrysler AG, Embarq and Force 10. Since July 1, 2006, Owens has also served as a director of the Indian global information technology services company Wipro. Mr. Owens has received several prestigious awards recognizing his business achievements and support of important philanthropic activities, including the 2004 Intrepid Salute Award, Legion d’Honore by France, the 1996 David Sarnoff Award for his contribution to advanced technology, and was recognized as one of “The 50 Most Powerful People in Networking” by Network World. Bill Owens is a Naval Academy in with a bachelor’s degree in mathematics. He earned bachelor’s and master’s degrees as a Rhodes Scholar in politics, philosophy, and economics from Oxford University, graduating with honors. He later earned a master’s degree in management from, again graduating with honors.

Béjar holds board of director positions with numerous organizations including Mitel, CenturyLink Inc., Humm Kombucha LLC and UniumWiFi Inc. She is also a member of the President’s Advisory Group at EastWest Institute in New York, and a board trustee at Rainier Scholars in Seattle. Béjar has held executive positions at many of the world’s leading global corporations, including Flow Mobile, Wipro Infocrossing, Microsoft, and Nortel Networks, where she was the president of the Caribbean and Latin America region. She has garnered numerous awards including the top fifty Hispanic women in the United States by Hispanic Inc. Business. 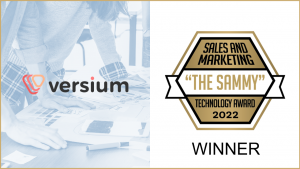 Versium Named Product of the Year in the 2022 Sammy Awards 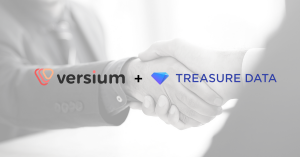 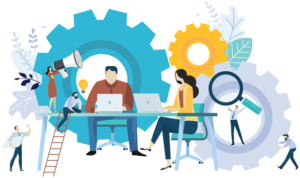